Skip to content
Am I at risk? > About flooding

There are different types of flooding that can happen depending on where the water comes from. Each of these flooding types are managed by different organisations across Oxfordshire, so why not visit our Who is Responsible page to understand who each organisation is and when to contact them.

In the meantime take a look below to see the seven most common types of flooding and download a handy factsheet on each… don’t forget to click the refresh button at the bottom of each animation to see where the water comes from! 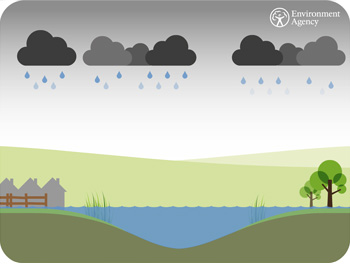 River flooding is the main source of flooding in Oxfordshire, following significant events in 2000, 2003, 2007 and 2014. It happens when a stream or river (watercourse) cannot cope with the amount of water that is flowing into it from the surrounding land. Rivers are separated into "main rivers" and "ordinary watercourses". Main rivers are usually the larger ones in the county such as the River Thames but also include some smaller streams that are important for drainage. Ordinary watercourses are any other smaller rivers, streams or ditches. Our Flood Risk Maps let you explore Oxfordshire's main rivers. 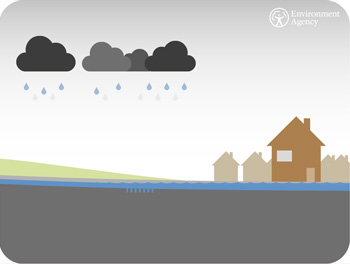 Surface water flooding happens when rainwater flows or ponds over the surface of the ground and does not soak into the land or enter a drain or river. It usually happens during heavy rainfall (more than 30mm per hour) and is made worse by blocked ditches, drains and compacted or waterlogged soil. Oxfordshire is quite a rural county so one of the main sources of surface water flooding is from Agricultural Run-Off. There is no early warning system for surface water flooding and it is difficult to predict, however our Flood Risk Maps do show the risk across the county. 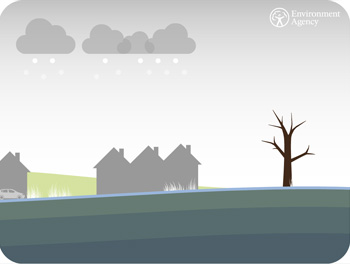 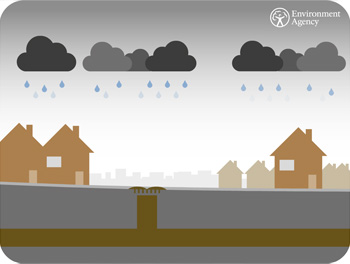 Sewer flooding happens either when the pipes in the network are blocked or when there is heavy rainfall and the sewers cannot cope with the amount of water because they are not designed to cope with heavy, prolonged rainfall. The danger of this type of flooding is that water can become contaminated with raw sewage and enter land and property, or the river system. 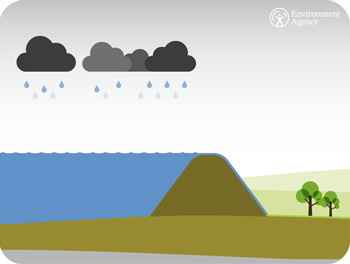 Reservoir flooding is extremely rare. It happens when there is a failure in the dam holding back the water as a result of erosion, accidental damage or water levels rising above/over-topping the dam. Whilst the risk is low, the resulting flooding can be very destructive.

Snowmelt can cause significant flooding. Unlike rainfall, which reaches the soil almost immediately, snow stores the water for some time until it melts. Long periods of snowfall can therefore result in a large volume of water being released in a short space of time (around 1cm of water is released for every 10cm of snow). Snowmelt flooding is made worse when the ground remains frozen and snow melts, as the water can not enter the ground, and so acts like surface water flooding. 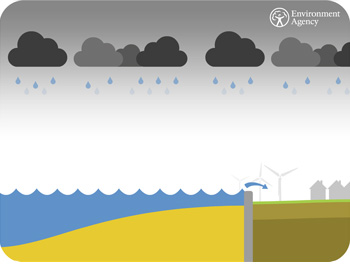 Coastal flooding does not affect Oxfordshire but as a common type of flooding across the country it is useful to know about. Coastal flooding happens when there are high tides and stormy weather conditions that can result in a "tidal surge", which could cause sea levels to rise over flood defences.